Ammo factories are not much like other types of factories. Because of the nature of the product (explosive), there aren't very many large buildings with rows of machines creating a product but rather very compartmentalized areas separated by thick concrete walls and most buildings are separated by earth berms. This way if a room or building has a fire, it won't cause the entire operation to go up in flames.

This ammo factory was established in 1942 and was closed 1995. Since then many of the buildings have been turned over to the nearby city and are being used for other industrial applications. There are still some buildings that are not being used.

My friend Apt213 and I decided to go check the place out on a dark and rainy day. It turned out to be pretty nice for taking pictures as the weather seemed to fit the location. 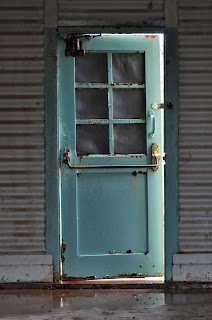 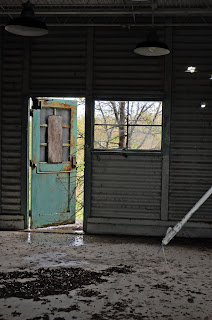 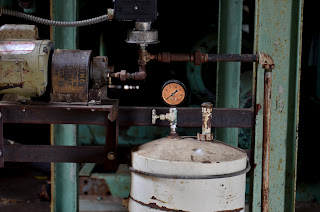 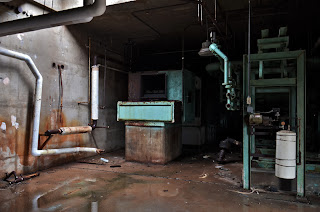 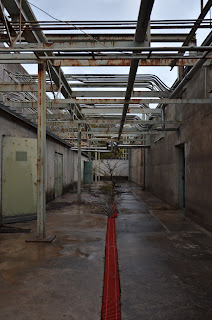 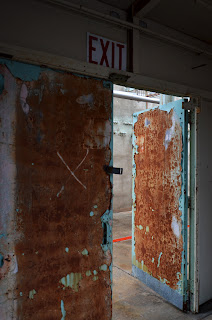 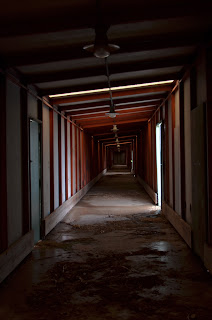 The buildings were all connected by these long hallways. I'm not sure why but at least it protected us from the rain. 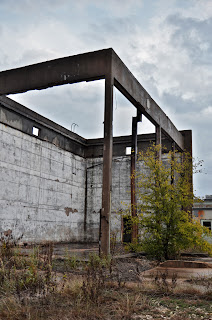 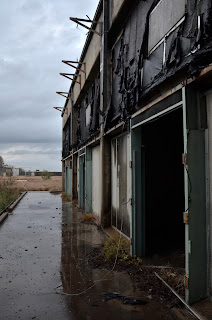 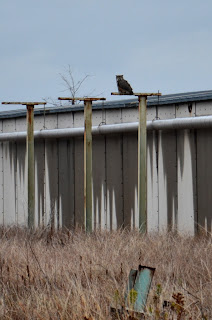 I caught a glimpse of a shape in the distance that I thought might be an owl. I was pretty far away so I couldn't tell for sure. I took a picture to see and when I looked at my LCD screen I was right but as soon as I tried to take a better picture, the owl took off. 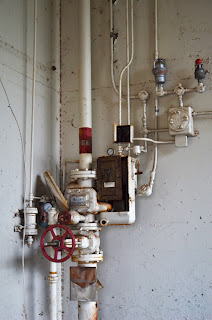 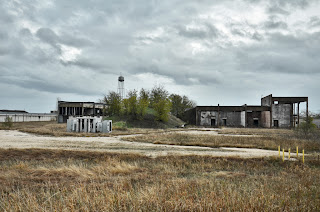 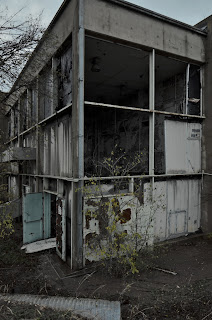 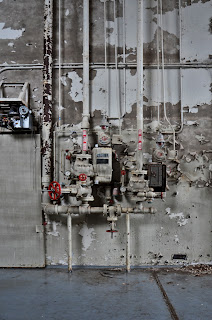 As you might imagine, sprinkler systems are pretty important for this type of facility. Almost every room had it's own system. 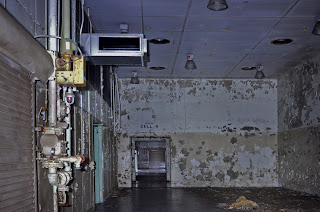 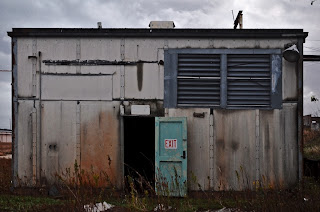 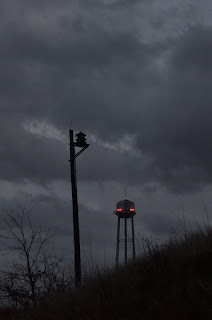 Sitting atop the pole is a siren. The sound of this type of siren you might recognize as being similar to an air raid siren. Personally I think it's one of the creepiest sounds in the world. 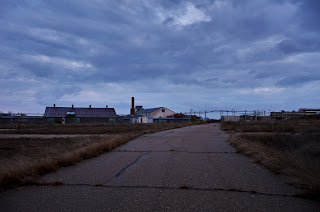 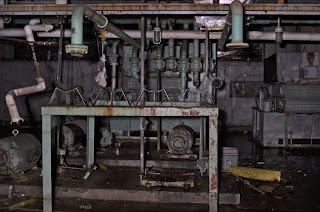 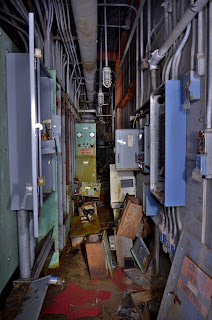 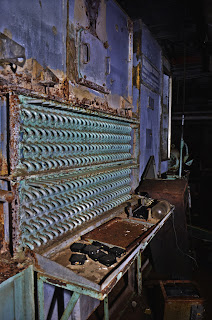 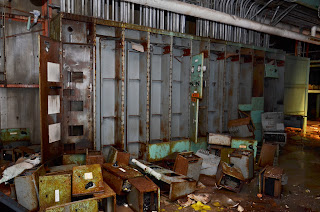 At this point a combination of the rapidly descending nightfall, a strange, sudden and loud thumping sound that didn't sound like the wind and fairly close sounding coyote calls, made us decide it was a good time to leave.
Posted by Shattered Shutter at 10:34 AM No comments: